One of the aims of Legion Scotland is to perpetuate the memory of those who died in the service of their country; not only in the two World Wars but also in all conflicts since then. The public act of Remembrance on Remembrance Sunday each year when poppy wreaths are laid on war graves and memorials throughout Scotland is a gesture the Legion has made uniquely its own.

"They shall grow not old,

As we that are left grow old.

Age shall not weary them,

Nor the years condemn.

At the going down of the sun,

And in the morning we will remember them" 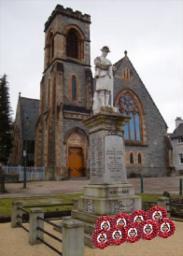 Taken from the poem "For the Fallen" by Laurence Binyon (1914)

Once again James Porter acted as the Parade Commander for the 2018 Remembrance Parade and is to be congratulated on doing a superb job. As per last year members of the three Cadet Forces and the Boys' Brigade read out the names of all those listed on the war memorial who had given their lives during WW1, WW2 and Other Conflicts.This was still deemed to be a fitting tribute and it is planned to repeat it until 2018.

The event saw Drew Walker-Armitage carrying the Queens Colour and Ian Langley carrying the Branch Standard for the first time.

To mark the 100th anniversary of the end of WW1 after the minute gun had fired to mark the start of the two minutes silence, it then fell silent and did not fire again as was the case on the Western Front.

As is the norm, following the Fort William parade, some members of the Branch deployed to Spean Bridge in order to join in with the Commando Veterans Association parade and service at the Commando Memorial.

Because the guns had already fallen silent in the morning, as a mark of respect, they were not fired at the Commando Memorial in the afternoon. 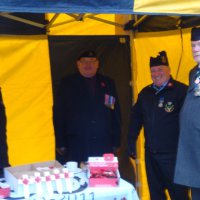 Once again David Brady and Drew Walker-Armitage stood to the plate in order to coordinate our 2018 appeal.

Both David and Drew had previously attended the Poppy Appeal seminar and then the official launch in Inverness and so plans were made to begin our campaign starting in the last week of October.

Due to work commitments, and the fact that Fort William now has a new shopping centre, feet on the ground were 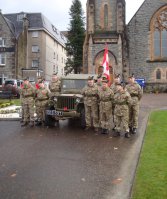 limited during the week but at weekends more members made themselves available for collecting duties. The appeal was also assisted by our local cadet units who did a slpendid job.

A huge vote of thanks goes out to David & Drew for all of their efforts; to all members of the Branch and the Cadets who were able to assist; to the various shops & premises who supported us but most of all to the public of Lochaber. The official figure is now in and through the generosity of the public, we raised over £12.5k for the appeal, which is a new record for the Branch.

Once again we would also like to thank Ian Langley for bringing along his WW2 Willies Jeep which was a good crowd puller.

As we always say, every penny donated helps a veteran in Scotland so all concerned should feel proud of their efforts.

To learn more about PoppyScotland, visit their website at: 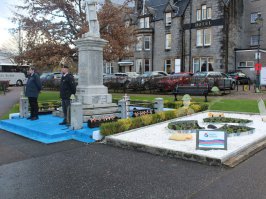 On Saturday 10 Nov 2018 the Branch recognised those from Lochaber who had given their lives in the service of their country by holding a dawn till dusk vigil at the War Memorial in Fort William.

The event was coordinated by James Porter and, as well as members from the Branch included members from our three Cadet units.

The original plan had been for this to be an event to mark the 100th anniversary years 2014 - 2018 but the Branch has now taken the decision to continue the vigil as an annual event. 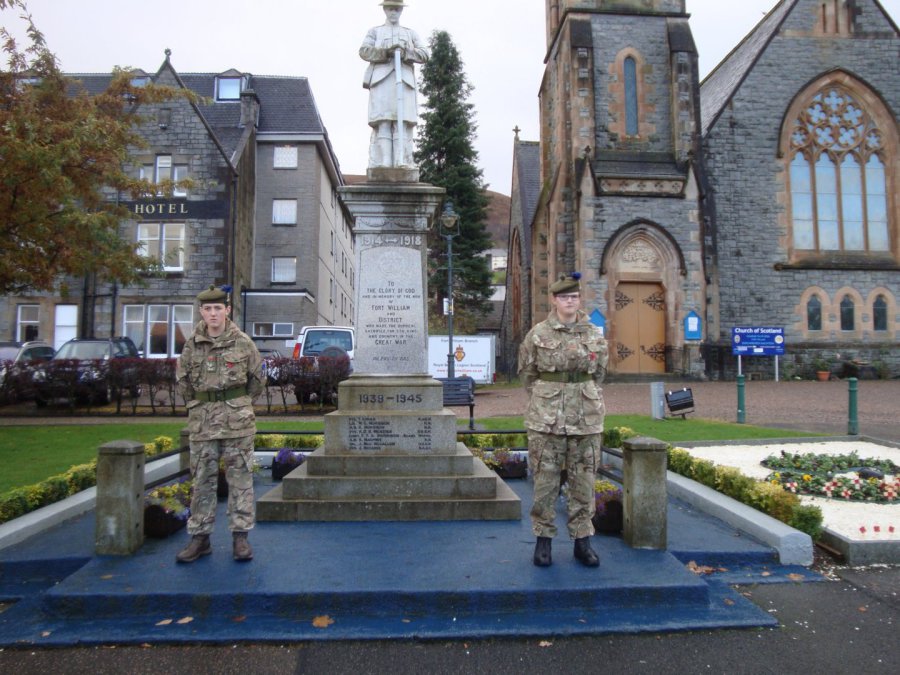 "The souls of the righteous are in the hand of god

There shall no evil happen to them

They are in peace"​

Taken from an inscription inside the Scottish National War Memorial, Edinburgh